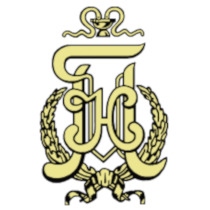 The St.Petersburg Psychoneurological Research Institute bearing today the name of V.M. Bekhterev was founded in 1907. Its founder was V.M. Bekhterev, world-famous great scholar and the most prominent organizer of the psychoneurological orientation in medicine. From the very beginning of the Institute's existence it predetermined its noticeable place in the Russian and world psychoneurology and breadth of scientific aspirations peculiar to it.

It was the first Russian scientific research institute of psychoneurological profile where the first in our country neurosurgical clinic as well as an institute of alcoholism study and the first laboratory of medical psychology were also organized. Besides V.M. Bekhterev himself such prominent scientists of our country as V.N. Myasischev, P.A. Ostankov, R.Ya. Golant, Ye.S. Averbukh, T.Ya. Khvilivitskiy, R.Ya. Vovin, L.Ya. Pines, S.N. Davidenkov, I.Ya. Razdol'skiy, L.M. Pussep, A.F. Lazurskiy, S.S. Mnukhin, and many others also connectd their scientific careers with the work in the Institute.

The original V.M. Bekhterev's conception concerning the necessity of holistic study of man was realized in a fact that the Institute has become essentially the unique Russian psychoneurological university where all the multidisciplinary aspects of psychiatry, neurology, neurosurgery and medical psychology develop fruitfully realizing practically putting into practice the synthesis of biological, psychological and social nature of man.

The Institute enters renewed and rejuvenated into the second century of its existence. Its macrostructure is modernized, training of scientific personnel is broadened, its orientation at the achievement of the level of world standards of scientific developments is strengthened. Numerous scientific forums held at the Institute are intended to reflect the achievements of contemporary science, the latest developments of Russian and foreign psychoneurologists. Today the Institute's scientific personnel includes prominent scientists of our country such as M.M. Kabanov, B.D. Karvasarskiy, Yu.V. Popov, V.D. Wied, A.P. Kotsyubinskiy, S.A. Gromov, O.F. Yeryshev, L.I. Wasserman, I.P. Lapin and many others who have founded their own scientific schools and trained a galaxy of talented disciples and followers.